“The Labyrinth! Where gather beasts evil and foul, and many a secret is kept. Many a fortune may be found in its depths, but only a Holy Star will allow you to abide the denizens of the deep.”

The Labyrinth is unlocked by completing Skirmish 8. Inside the Labyrinth the player will encounter Dark Monsters and occasionally Gemming Gremlins. There are two difficulty levels.

Labyrinth monsters take 10 hits to be defeated, and usually another of the same monster will then show up in its place. Sometimes however a Gemming Gremlin (aka Boss or Divine Guardian) appears instead. The reward for hitting a Boss is 300 to 1000 Gems for each hit, and they typically run away after a few hits. Leaving the Labyrinth while the Gremlin is still there will do nothing; the Gremlin will still be there when you return.

If the player is from your current Kingdom, the marquee will also display outside of the Labyrinth.

How to encounter the Gemming Gremlin easily

There are two ways to more easily encounter the Gemming Gremlin in the labyrinth.

There are two different Special Events, that rotate in Labyrinth:

The Labyrinth was released in the January 24th, 2017 update. 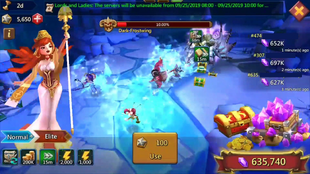 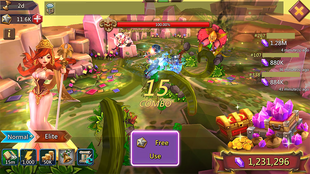 Divine Blessing with a 15+ hit combo 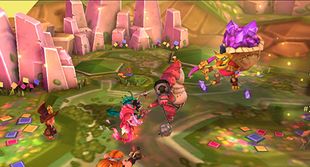 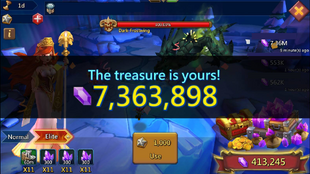